For a system supplier, it is particularly important to coordinate the mechanics, hydraulics, and drive and automation technology of conveyor systems in a system-integrated manner. After the individual components have been parameterized, a system test with pre-optimization of the entire drive train in the various operating states with different acceleration and deceleration phases can be carried out during testing on the test bench in the assembly plant.

Testing and optimisation is also carried out at a standstill whilst applying torque. This comprehensive approach provides the foundation for reliable plant operation after assembly on site. Furthermore, by carrying out the optimisation of the individual components prior to delivery SIEMAG TECBERG is able to offer a significantly faster and more straightforward commissioning and start-up phase of the system once on site. These benefits subsequently translate into increased uptime once the system is in operation on site due to SIEMAG TECBERG’s comprehensive factory testing and commissioning programs.

A component level inspection checks the dimensional accuracy of function relevant system dimensions, such as shaft/rope carrier, shaft/motor, shaft/bearing connections. When the complete hoisting machine is commissioned at the factory, the drive is rotatated and the rope carrier and brake are made ready for operation. Optimised quality assurance through testing of

An interface verification of mechanics, hydraulics, automation, inverter system, auxiliary controls, as well as a process simulation for testing sequence controls and the control of different operating modes is carried out.

A process simulation is carried out to test control sequences and correct operation of the various operating modes. Optimisation of the entire electric drive concept with regard to the total moment of inertia: 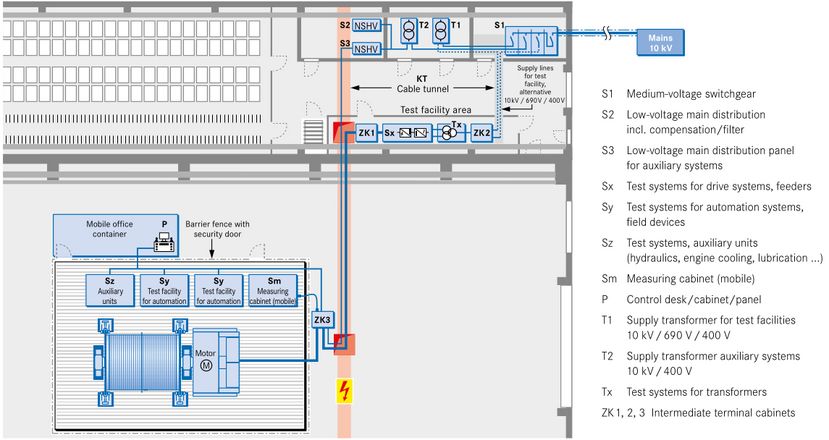